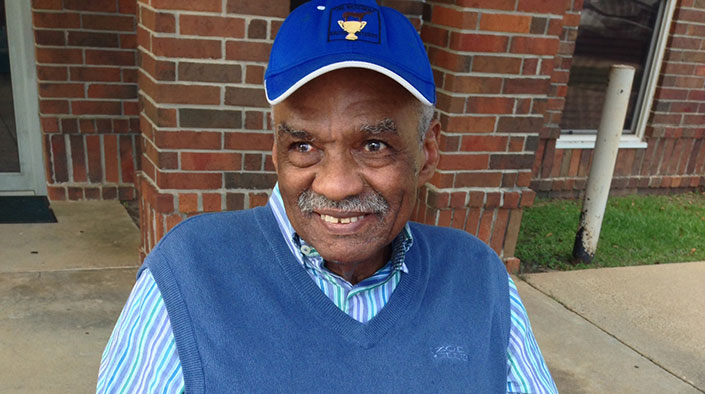 The contributions made by many black citizens to the well-being of people in the Texarkana area must include a mention of Nathan E. Jones, Jr., a graduate of Booker T. Washington High School. Mr. Jones now resides at Cornerstone Retirement Community, but in his heyday, he was considered one of the titans of education in Texarkana.

Mr. Jones himself excelled in high school, both in academics and in athletics. He received scholarship offers from many prestigious universities, including Stanford, Grambling, Arkansas AM&N, Texas Southern, as well as a nomination to West Point. When a failed eyesight test jettisoned his chance to enter West Point, Mr. Jones ultimately earned his bachelor’s degree from California State University.

He taught, coached and served as an athletic director at high schools in California and Germany before returning home to coach girls athletics at Liberty Eylau High School where he was honored as Coach of the Year by the Texarkana Gazette. He was also inducted into the Booker T. Washington High School Hall of Fame and selected as a “Distinguished Gentleman” by the Texarkana Graduate Chapter of Alpha Phi Alpha Fraternity.

He served as a substitute teacher for TISD for many years after his retirement, and was an active member of New Baptist Bible Fellowship Church, where he served as trustee and assistant treasurer.

An avid golfer for many years, Mr. Jones served as president of the Twin City Golf Association for more than 15 years, and after retirement, he purchased and donated used golf clubs and built golf club sets to donate to community youth.