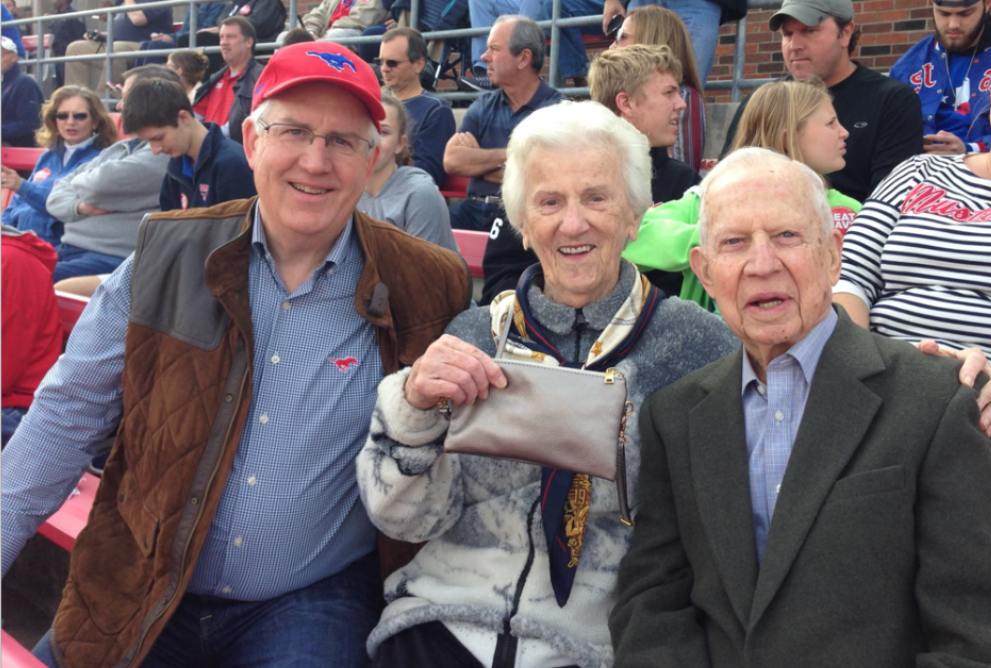 Methodist Retirement Communities was just beginning to grow when the idea of building a community in Texarkana first came up. Josh Morriss Jr. and his wife Martha, long-time residents of Texarkana, were familiar with MRC and overjoyed that the organization would consider coming to their hometown. The couple was all in. So much so, that they donated the land for the community to be built. In their early 70’s at the time, the pair became instrumental in the build and even visited the construction site wearing matching red hard hats. After all, once the constriction was completed, they had plans to move-in. In 1996, the doors officially opened and the Morrisses made their move alongside many of their friends who also played significant roles in the origin of the community. All in all, Cornerstone was home for the Morrisses for 25 plus years. Throughout that time, they demonstrated just as much passion and dedication for the community as they had in the early days.

While Josh and Martha have both since passed, the impact of their involvement at Cornerstone is still touching the next generation. None more than their son Don who went on to join the MRC Board of Directors, even serving as Board Chair from 2010 to 2013. “My parents set such a great example for me. It is important that this world has faith-based groups, like MRC, that will step-up and take care of people. Cornerstone was a tremendously important chapter of their lives because the community they found there meant so much to them. I believe if they could say anything to MRC today, they’d say, keep going and make it even better for the next generation.”

Morriss imagines that he’ll continue in his parents footsteps and someday call Cornerstone home himself, “My hope for Cornerstone is that it will always be a rewarding place for people to be. I always hear about folks who initially resisted moving, but they are so glad they did because they didn’t know how lonely they really were until they are surrounded by community. That is what it’s all about after all, community and friendship.”