Cornerstone
▸
ABOUT
▸
From the "Big Apple" to Texarkana 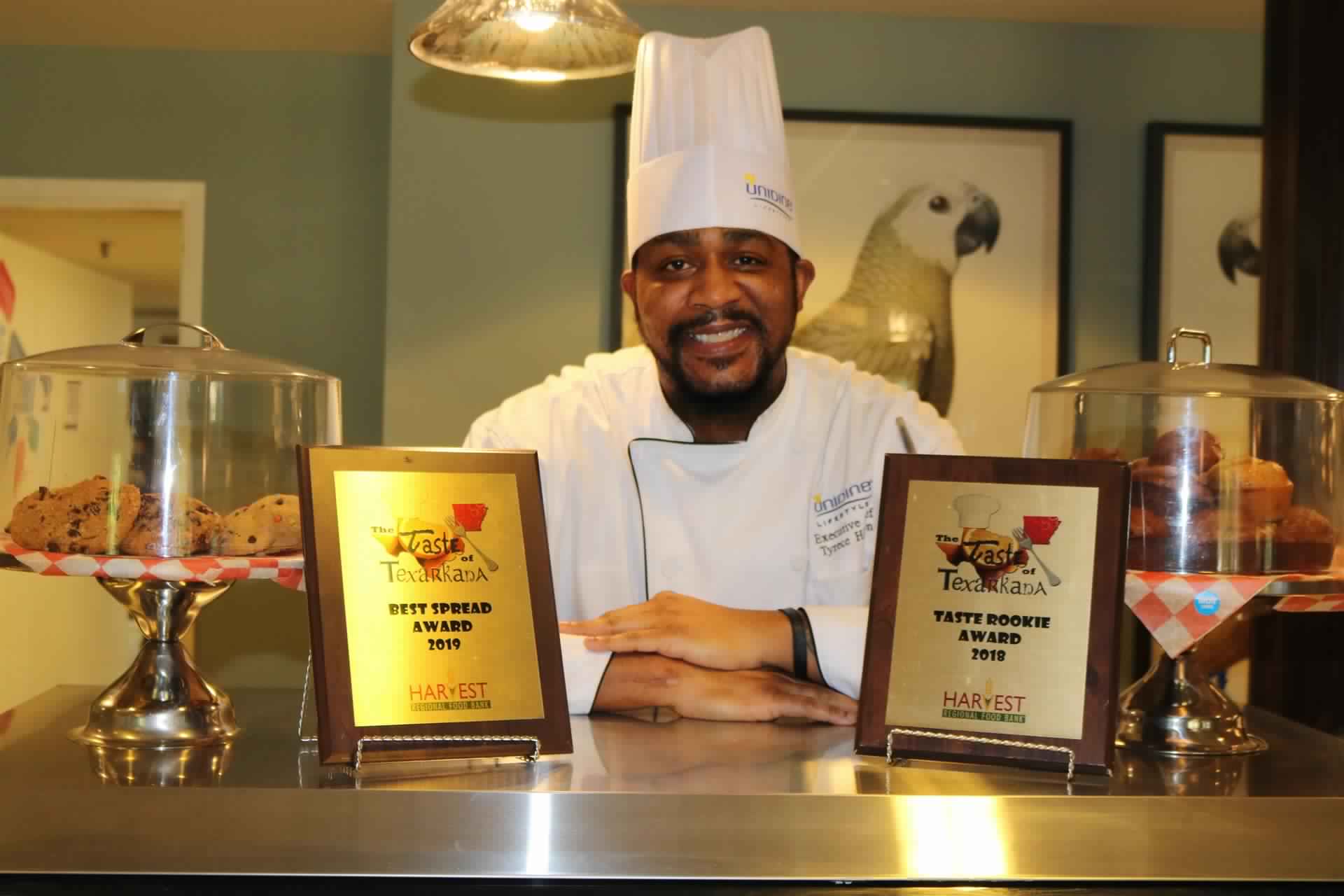 From the "Big Apple" to Texarkana

It was at his mother’s bedside in November of 2004 that Chef Ty Higdon made a promise to pursue a life and career in culinary arts. His mother, Annie Taylor, spent her final days encouraging him to embrace his passion and promise to go to culinary school. As Ty gave his final goodbye, he also gave her his word. He committed that day to becoming a Chef.

If you can read, you can feed

Annie Taylor raised Ty and his 3 siblings as a single mother in Long Beach, New York. She often struggled to put food on the table and we even work late much of the time to provide for the family. The kids would find themselves responsible for dinner on these evenings which meant that learning to cook wasn’t an option, it was a must. Ty muses, “To me it became a matter of, if you can read, you can feed!” He knew that he would be able to feed his siblings and himself if he could just read and follow through with the steps in the recipe. Little did he know at that time, that the skill brought on by necessity would become his passion.

Later in life, Ty and his family moved to Memphis, Tennessee where a couple of major milestone happened for him. Up to this point, Ty had spent much of his high school career as the class clown. His clowning around earning him the opportunity to repeat his senior year which served as a wakeup call. Ty recalls, “I went from being a C/D student to graduating as a member of the National Honor Society. My mother was so proud of me.” It was this turn around that formed his work ethic that would prove to be critical to his future success. So what was the other milestone? Well, this was the moment when he was introduced to SOUL FOOD. New flavors and ingredients ignited his curiosity in a whole new way.

After his mother passed away, Ty worked numerous jobs looking for his perfect fit. It wasn’t until years later that Ty was reminded of his promise to his mother while he was praying. He soon enrolled in L’Ecole Culinaire of Memphis and was almost immediately named student ambassador. L’Ecole Culinaire was the key to unlock many opportunities to travel the world to learn a multitude of cuisine techniques. Upon graduation, he was named the valedictorian of his graduating class.

Named Chef at Cornerstone in Texarkana

Chef Ty was quickly recognized as an incredible asset to the dining program at Cornerstone Retirement Community. The residents often brag that they have the best Chef in all of Texarkana and surrounding areas. Anyone who has dined at Cornerstone would likely agree. When he isn’t creating an elaborate food display, hosting cooking classes, providing chef demos or organizing huge catering events, he dreams of how he can continue to use his talents to give back. He explained, “My vision, is to one day teach the urban youth how to prepare meals, so they can in return prepare nutritional meals for themselves and their elders.” Chef Ty has led the Cornerstone team to win back to back Taste of Texarkana awards in both 2018 and 2019.

What began as a bedside promise has since turned into a life mission that is impacting the lives (and plates) of many grateful (and well-fed) residents at Cornerstone.