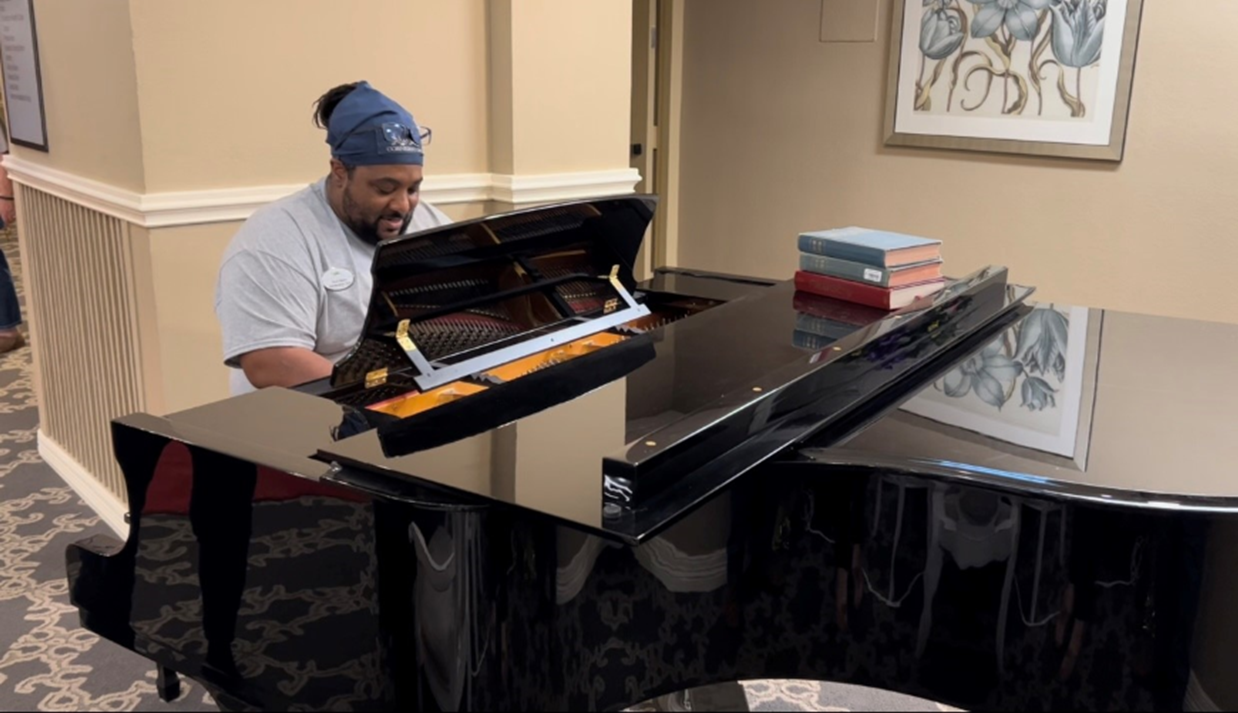 Cornerstone maintenance employee David Moore is known as a guy who gets things done. Of course, a story about someone who does a great job at work would hardly be newsworthy on its own, so you might have guessed there’s more than meets the eye with David.

In this case, there’s a LOT more (or a lot Moore). Aside from being someone residents rely on, David is also known for his talents on the keys. “People say, ‘hey, Piano Man, play us a melody’ so I stop what I’m doing and play for a bit,” said David, behind an infectious smile. “I love people. My momma was always a people person and so am I.”

Recently, however, David has taken being a “people person” to an entirely new level – twice. “When a new resident moves in, I always think about how I can make them feel more at home,” he explained. “When I found out her first language was Japanese, I decided to learn how to say hello and a few other phrases.”

A “few other phrases” turned into even more. The resident was so impressed by David’s generous spirit, she offered to teach him. As it turns out, it wasn’t the first time it had happened! “There was another resident from Spain,” he said, “I learned some Spanish, too. Same thing. I just wanted to make her feel like she was at home.”